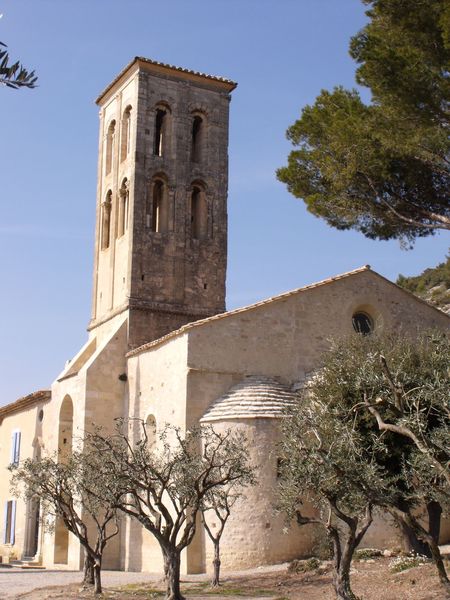 Pure jewel of Roman Art, dating from the 12th Century, its bell tower is classified as an National Heritage site. Dedicated to the Virgin Mary, it was built as a tribute to a victory by the Francs against the Saracens, in the early hours of the day. A medevial garden was founded in 2015.

12th century chapel, historical monument. The name Augune appears to come from the legend of the victory won by Charlemagne at dawn (aube) on this spot. In thanks, he promised to build a chapel to the Virgin Mary. Another legend has it that the Devil was angry to see a chapel go up and started to push an enormous rock. The Virgin touched the rock which stopped on the edge of the precipice - it still stands there today, and apparently is marked with the devil's claw print. The chapel is open at various times depending on the season.