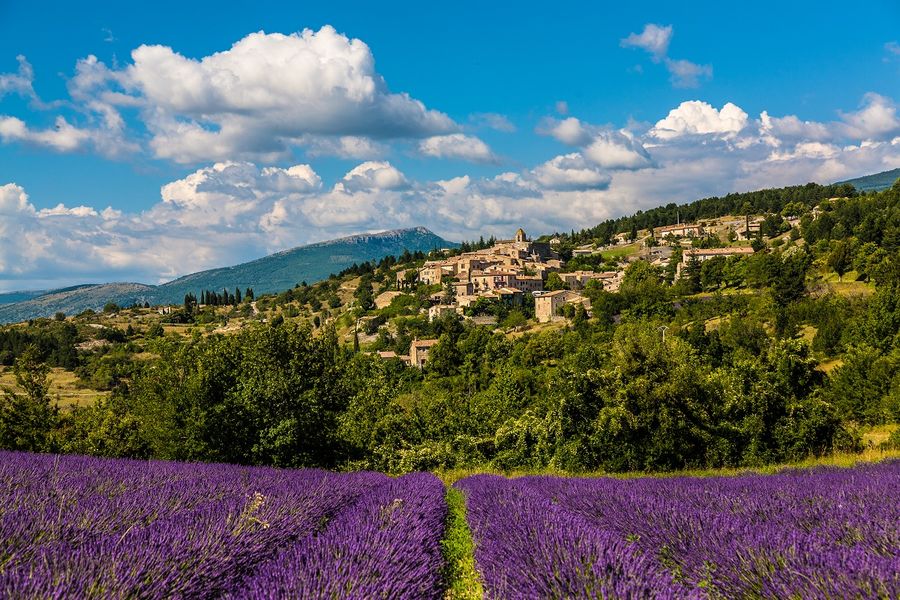 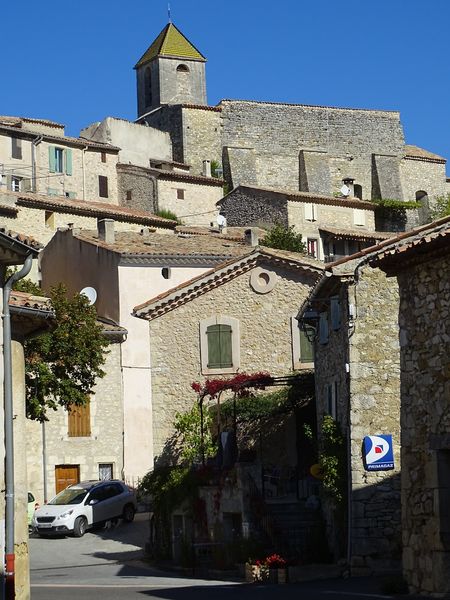 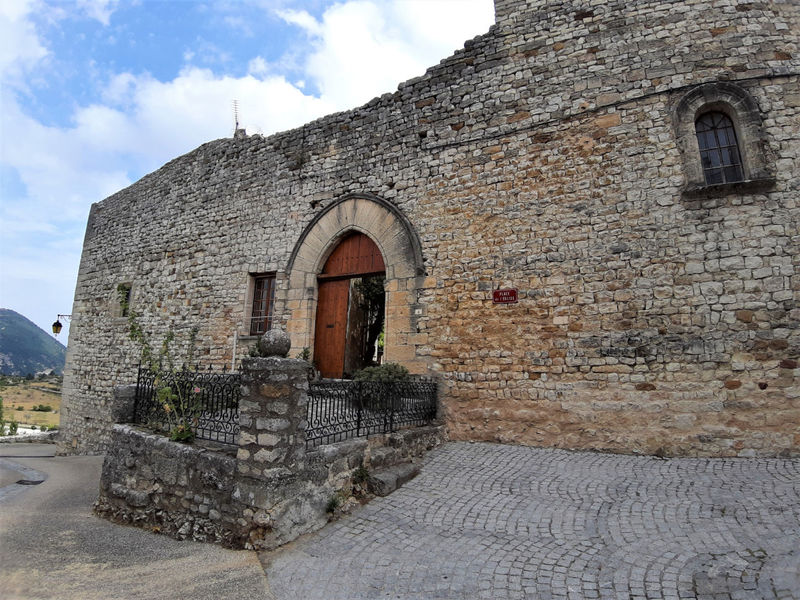 Built on a rocky spur, the best way to discover the village in all of its splendour is to take the road from Sault.
Coming out of a turn, it suddenly attracts your eyes, as suspended on its rock and exalted by a lavender field that blossoms in July and August.

Winding streets, narrow streets, bordered by houses with beautiful stone door frames, take you to the castle, of which only a square tower remains, with its ramparts pierced with arrow slits.

On the side of the castle, an unusual bell tower with varnished tiles covers the 12th century fortified church.

Just on the street below, enter into the artist studio of Patricia Lechantoux

Such an environment was bound to seduce painters and René Seyssaud or Pierre Ambrogiani indeed set their studio in the village.

At the exit of the village, in the direction of Montbrun-les-Bains, you will pass a dining area with a children’s playground, and some botanic paths at the hamlet les Crottes

An important second-hand trade is organized on Ascension Day, and the village festival takes place on the third weekend of July.

The village of Aurel